All about volleyball
History, how to play, rules, strategy, club volleyball, famous players

All about volleyball and the history.

Volleyball was invented in Holyoke, Massachusetts in 1895.

The first rules were created by William G Morgan. The game spread around the country to various YMCAs.

The goal of the game is to score 25 points first.

You score points by winning rallies. 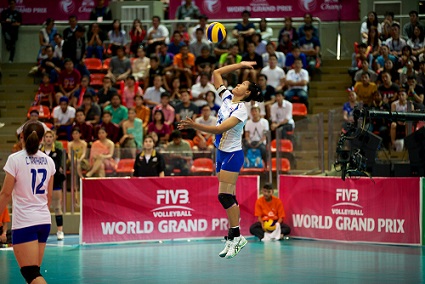 There are many different strategies for winning in volleyball.

The most basic goal is to attack the ball down to the opponents side of the court.

The ways to score points are...

Setter Back-set for a Quick Attack

Understanding volleyball rules is a big part of learning all about volleyball.

Rules have evolved over time.

Today, volleyball is played with 6 players on a team. Each can touch the ball a maximum of 3 times before the ball must be sent back over the net for the opponent to play.

A court is 18 meters long and 9 meters wide.

There's a 3 meter line on each side of the court. This line basically divides the court into back row and front row.

This line is also used for determining the difference between back row and front row attacks.

Rules for playing on the beach are slightly different.

At the moment of service contact, the team must be in the correct rotation on the court. There are six positions on the court and certain players need to be aware of the alignment. If the team is out of alignment, the referee will whistle and signal "out of rotation". This results in the opponent being awarded a point and the next serve.

When a team is in serve receive and wins the rally, the team will rotate positions.

Every time a team rotates, the team will have a different player serve.

Players must serve in the correct serving order.

If a team wins the rally while serving, the same player will continue serving. 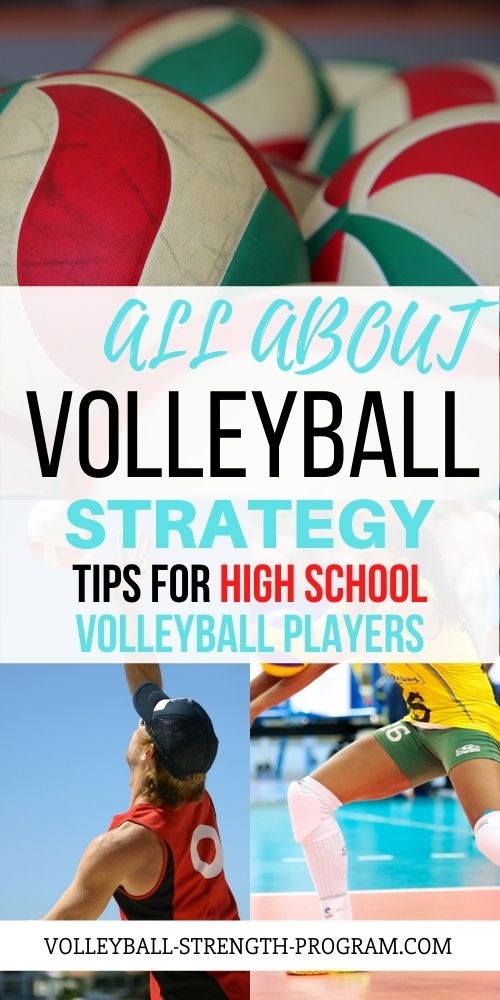 The first team to 25 points with a two point lead wins. Games are called sets.

A point is scored each time a team wins the rally. This is called rally scoring.

All About Volleyball & Strategy to Win

There are many different strategies for playing volleyball.

There are many different playing levels. At the most basic level, players develop skills such as...


Players use volleyball skills to keep the ball in play providing their team with a chance to win the point.

Basic strategy in volleyball is the pass, set, hit.

The goal is to get your team in position to attack. The better the attack, the better chance of winning the point.

Goals for competing at indoor sixes is similar to when competing on the beach.

The popularity of club volleyball has really taken off since the turn of the century.

Many young girls 10 to 18 years old throughout the United States are taking up competitive club volleyball.

Club players are all about volleyball.

As skills and experience advance, so do game strategy and systems.

At higher levels of volleyball, the game has evolved to become very technical.

Here are a few things to consider when playing at a high level...


How to Disrupt the Opponent's Offense

Volleyball in the Olympics continues to make volleyball an even popular sport.

Television coverage during the Olympics continues to give the sport of volleyball momentum.

Volleyball is currently the second most popular sport in the world, 2nd only to American Football (soccer).

Professional volleyball players have a ton of passion for the sport and know all about volleyball.

As volleyball grows and becomes more competitive, athletes look for specific ways to get an advantage.

The result is advanced training methods and workouts specifically for volleyball.