Making successful plays is all about positioning. And you can't get in position if you don't move quickly to the ball. 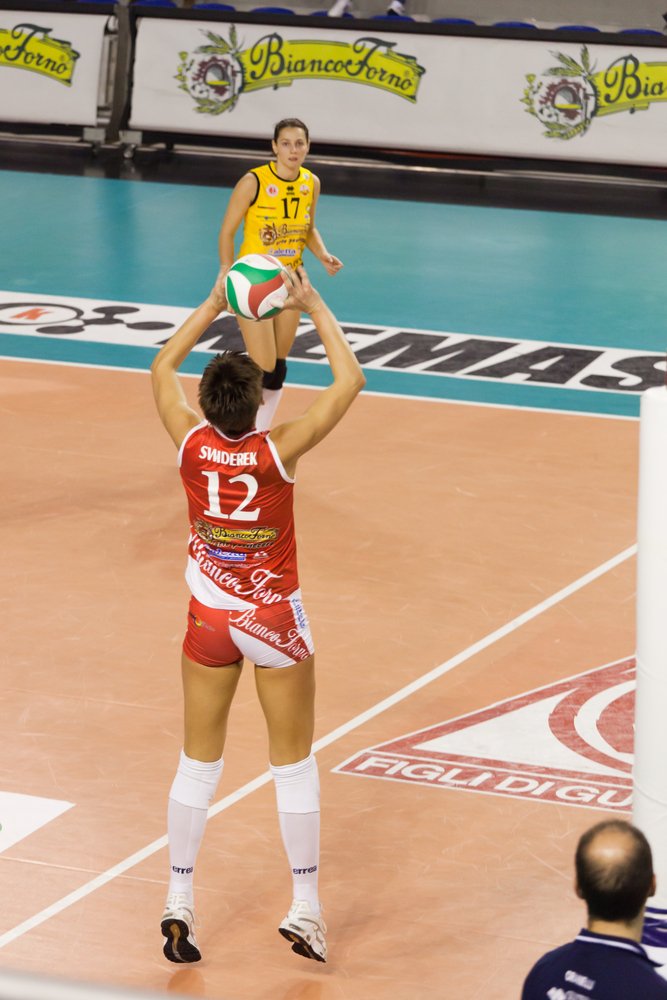 Setter Footwork and the Skills of a Great Setter

Have you ever noticed that the best setters use consistent footwork?

The best setters aren't just athletic, but they have also learned the correct setter footwork that allows them to get to the ball fast.

The basic footwork is a left-right finish to the ball. The purpose of finishing left-right is so the setter stays open to the ball while squaring the shoulders to the left-front target area.

Even if just a beginner, the setter should work on the more advanced footwork.

It's not that this setter footwork is more advanced, it's just that it takes more skill and discipline to make the commitment to training setter footwork. The basic footwork of left-right is for when the ball is easy to get to.

In order to be successful at making plays on tough passes, the setter must learn the more challenging footwork.

If you don't learn these movements, then you will continue to struggle on the tougher passes.

If you enjoy these tips and would like to keep it close to you at any time, just save this pin to your Pinterest Volleyball Training Board. 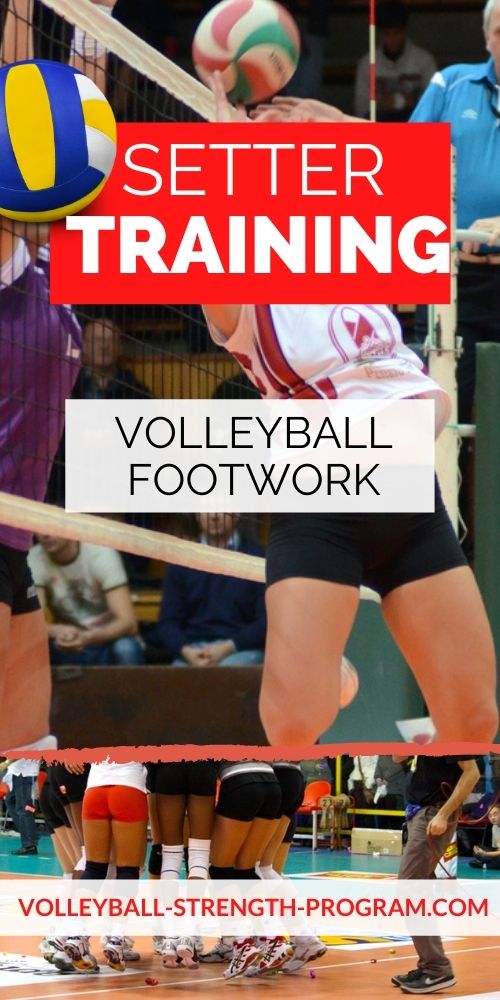 Note: Whenever you are making a move to set, always focus on finishing the move in a way that allows the shoulders to be square to the left front area of the court.  For example, you spin on the right foot so you can end up square. So, with the left-foot plant move, you're taking the plant step in a way that allows you to remain square to left-front.

Many coaches and setters are intimidated by the thought of practicing single foot moves. The fact is, playing a ball off of one foot may actually feel easier to do. Within time, the setter will eventually become more comfortable setting off one foot because it's easier to make plays when you give yourself an opportunity to be a more athletic setter.

The Purpose of Setter Footwork: Don't forget why we are focusing on training the feet. The goal is to help the setter become more athletic getting to the ball. If the setter becomes quicker, more athletic, and more movement efficient, then the setter will get in position faster. And it's all about positioning. The setter that struggles the most tends to be the one that struggles to get in the correct position to make the play.

Most of the best setters jump set. If you develop this skill you will have a big advantage.

Advantages to the jump set...