Volleyball at the YMCA

In the beginning of volleyball history, the game was known as Mintonette and had characteristics similar to tennis and handball.

Volleyball was first invented by William G Morgan. Morgan was a physical educator that created the game at a YMCA in 1895.

First being played in Holyoke, Massachusetts, the first rules called for 6 foot 6 inch high net, 25 X 50 foot court, and any number of players.

Spalding was the first official ball created in 1896.

By 1916, the "three hit rule" and the rule against hitting from the back row was established.

In 1947 the FIVB (Fédération Internationale de Volleyball) was formed.

Volleyball history and the sport of volleyball is now very popular all over the world.

In the 1960's techniques and strategies really started to take form.

Spiking and tipping at the net became effective attacking strategies.

Forearm passing was becoming a more popular way to pass the ball.

As skills developed, blocking the ball at the net and skills for playing floor defense became more important.

In 1983, a professional beach volleyball circuit known as the Association of Volleyball Professionals (AVP) was created.

Karch Kiraly is perhaps the most famous player in volleyball history.

The AVP became a popular US domestic professional beach volleyball tour in the 80's and 90's.

Volleyball continues to get a lot of recognition every Summer Olympics is currently touted as the 2nd most popular sport in the world.

Volleyball is different from most other sports in many ways.

If you enjoyed this and would like to keep it close to you at any time, just save this pin to your Pinterest Volleyball Training Board. 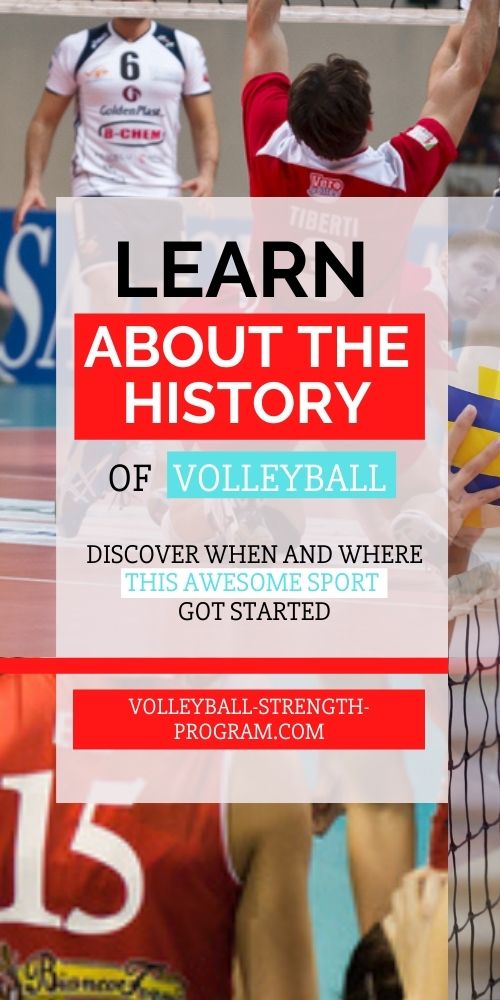