Setter training is necessary if you want to become a great setter.

Do you have aspirations for setting in college? If so, you definitely need to learn the correct techniques for setting. All the best setters have one thing in common... they all have learned specific skills for the setting position.

The goal of setting is to accurately and consistently direct the ball to a location where a hitter can spike the ball over the net using an approach jump with a full arm swing.

Setting occurs during a teams 2nd team contact. The setter is basically quarterbacking the teams offense.

There are great physical and mental qualities important to setting. The setters ability to handle the second ball, control its height and speed, and consistently direct the ball to teammates is essential to a teams success when competing at a high level.

This is why the setting position is usually considered the most important position on the team.

The setter must be able to take the ball above and in front then release it without the ball coming to rest or spinning (double contact). 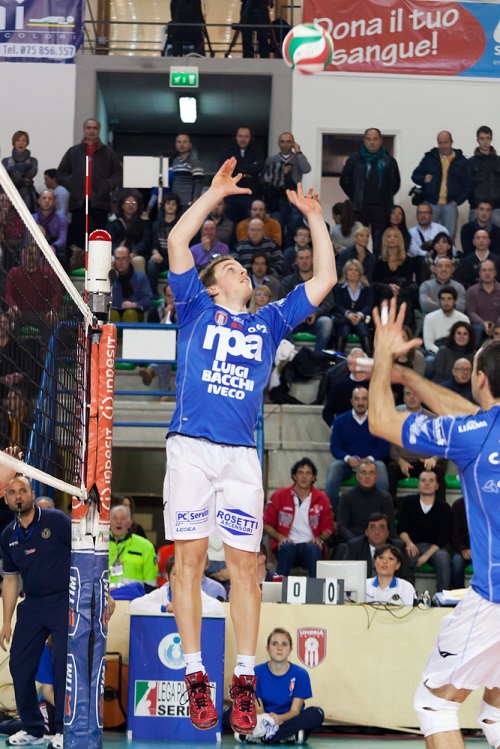 The first thing the setter needs to learn is the position of the hands. The setter should focus on taking the ball in the same position with every set.

Sometimes it helps to understand how to set correctly by understanding the common setter training mistakes. Here's a list of some of the most common mistakes.

In my opinion, footwork for the setter is the most important footwork of any player on the team.