Volleyball basics for quickly learning the great sport of volleyball.

On this page you will discover what you need to know for playing volleyball. Learn the skills, the rules, the object of the game and the equipment you will need to compete in this great sport.

Growth of the Sport - Volleyball Basics

Each team consists of 6 players on the court. This is for 6 vs 6 competition. This is the most common way to play volleyball today. Way back in the early days, teams consisted of 9 players, but today, 6 vs 6 is the most popular.

There's also doubles (two on two) competition. Doubles is mostly played in the sand. This is called beach volleyball. Beach volleyball was invented in Southern California and has quickly become very popular around the world. And then there's also grass doubles.

Volleyball is being played today both for recreation and also by more serious athletes. 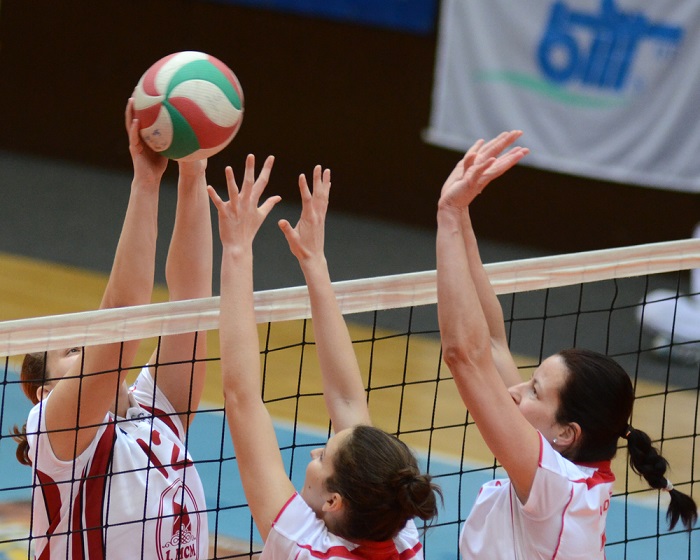 In competitive volleyball, each team consists of positional players. You'll likely get labeled as a setter, outside hitter, middle hitter, or back row player.

Each position has different skills and so each player will contribute to the team in a different way.

There are 3 positions on the front row...

The outside hitter is the player that attacks the ball from zone 4. This is often the primary attacker on the team.

The middle hitter attacks the ball out of the middle of the court. This will usually consist of a fast set to the middle. The middle may also run a slide to the right side of the court (in this situation the setter is a front row player). 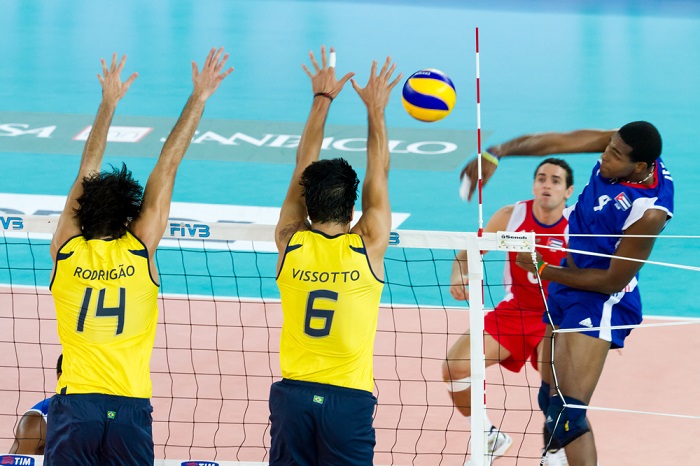 The Opposite hitter is the player that attacks from the zone 2 side. This player is usually fairly tall or at least good at blocking because they are the position mirror the opponents outside attacker.

The back row players are referred to as defensive specialists. These players substitute into the game across the back row to pass and play defense. And then there's also the libero position. The libero is a player on the team that can only be in the game across the back row. The libero isn't allowed to attack the ball from a height above the top of the net (entire ball above). And the libero can't legally hand-set the ball from inside the 3-meter line to a player that completes an attack hit (entire ball above the net at contact). The purpose of the libero position is so that a team can improve their ability to keep the ball in play.

If you enjoyed these tips on volleyball basics and would like to keep it close to you at any time, just save this pin to your Pinterest Volleyball Training Board. 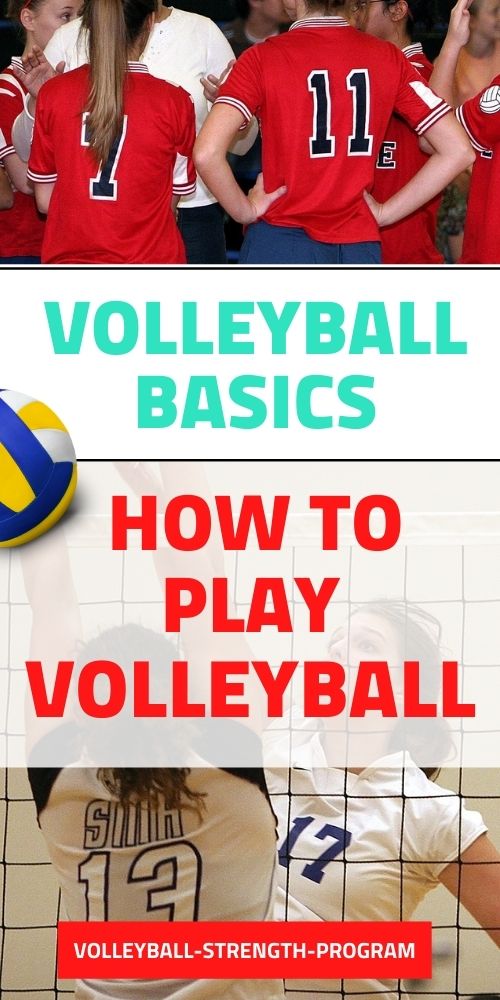 The longer the rally, the more exciting the play. That's the purpose of having the libero.

At the recreation level, the participants aren't necessarily concerned about court positions. A lot of times people just want to put together a team so they can get together and have a fun time playing volleyball. And a lot of times it's just a group of volleyball friends. As you are around people that love to play volleyball, you will likely notice that there's a volleyball world out there. All the volleyball players know one another.

And this is what's so cool about volleyball. Volleyball can be played the rest of your life.

Especially at more competitive levels, there are age groups as you get older. Masters, Seniors, Dinosaur divisions, etc the list goes on and on. 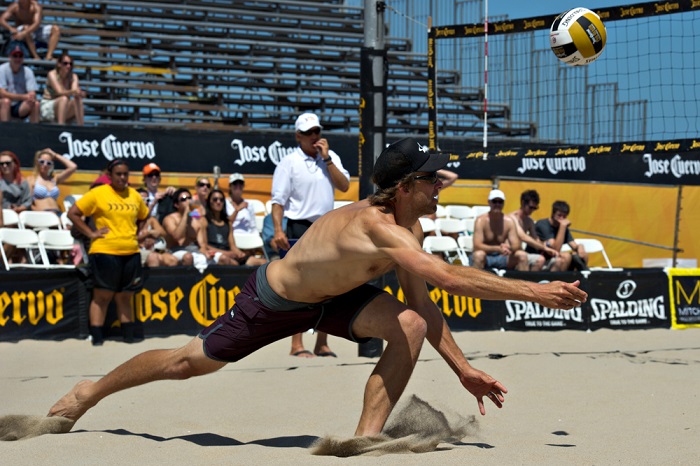 Object of the Game - Volleyball Basics

To win in volleyball you need to win the match. Most matches are best of 3 sets. A set consists of 25 points. The first team to 25 points (with a 2 point lead) wins.

Fundamentally, the goal is to get your team into a good position to attack so your team can score a point. You could serve really well so that your team can have an easier time defending. A defensive play can lead to a successful attack at the net.

Volleyball basics is really all about attacking.

Get the ball set to the net and have your team attack. The better you can do that, the more success you will have.

Serving is also an important part of the game. Each play starts by a player serving the ball. After the ball is put into play, the team that wins the rally will be the one that serves next.

Serving is important because the player serving has complete control over how well they execute this skill because they are the one tossing the ball.

The server is the one initiating the serve, so it's important to see the serve as an opportunity to put your team at an advantage.