Libero Rules specific to the libero position. The specialized defensive position is for the libero to playing defense and pass in serve receive. The libero may also serve in one rotation, but can only be in the set in the back row. 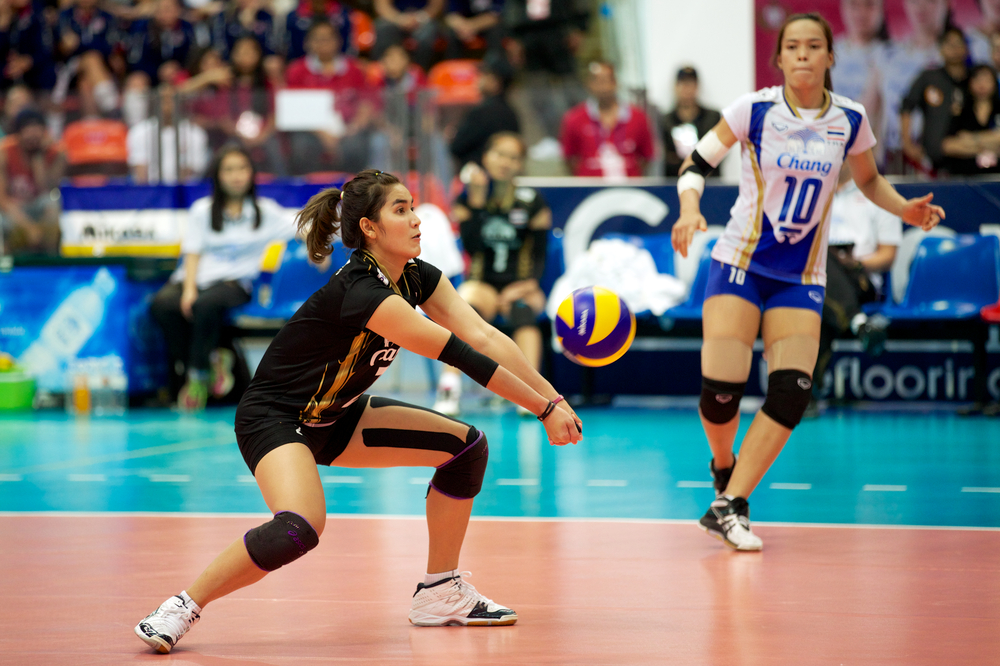 Two Libero, One Libero, or No Libero

If the coach wants to use two liberos, then the two liberos are determined for the first set and must be the liberos for the remainded of the match. So, when deciding to use two, the team must only use those two for liberos... no other players can play libero for that match (unless there is an injury).

If choosing to use no libero or one libero, then the coach can using a different libero for the second or third set.

So basically, designate two liberos for the entire match.

When designating one or none libero, the coach can select a libero for subsequent sets of the match. 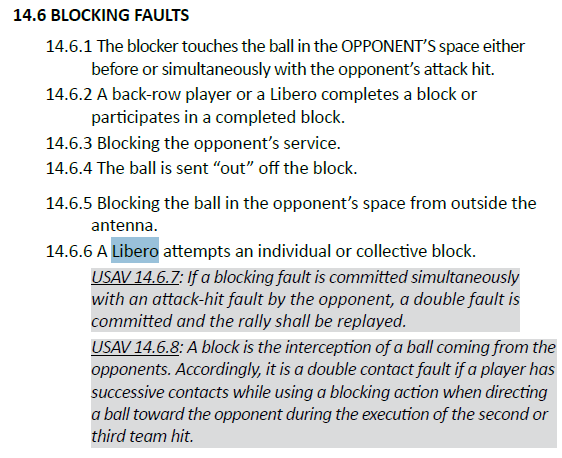 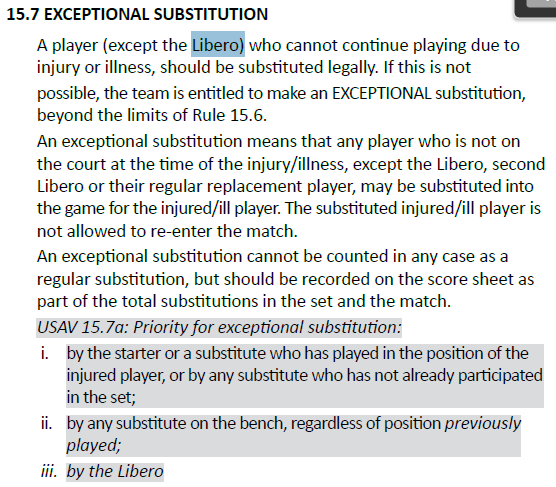 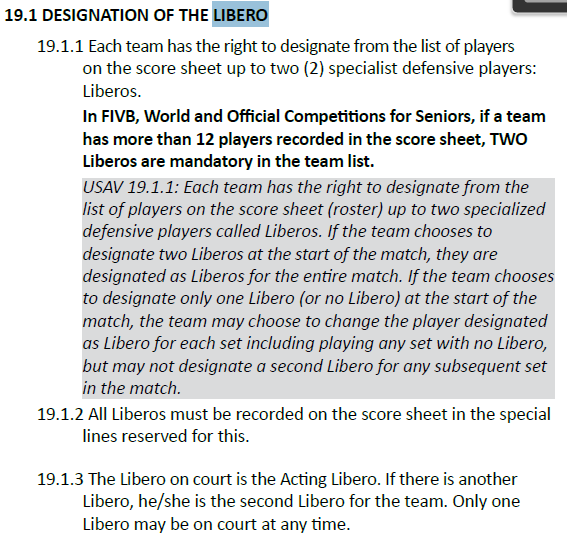 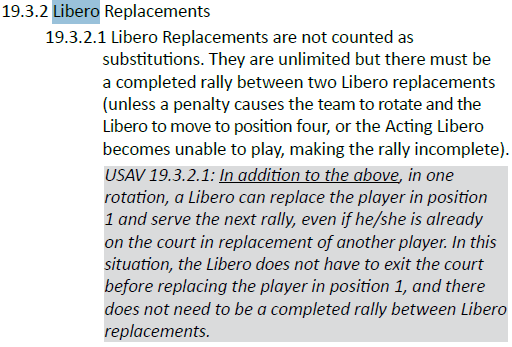 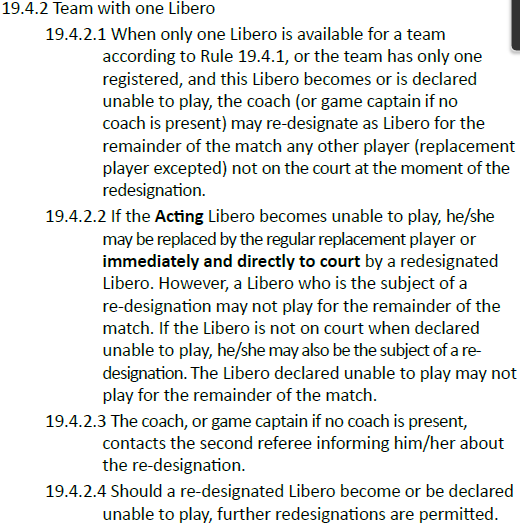 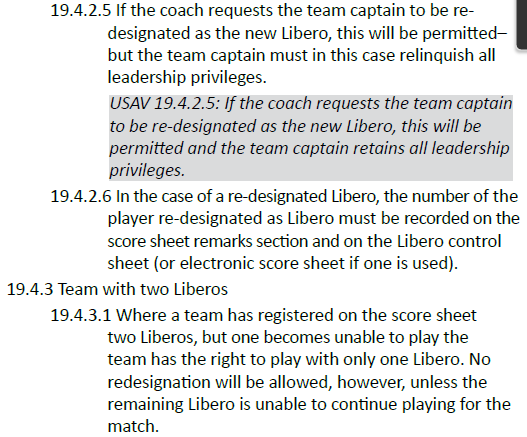