Volleyball substitution rules vary among different organizations. Perhaps the biggest difference is the total number of substitutions allowed per set.

In NCAA, there is a max of 15 substitutions allowed per set.

In National Federation, the max number of substitutions per set is 18.

For National Federation, it's the same... coach can verbally request and also the sub entering the sub zone is a request.

For National Federation, the scorekeeper notifies the R2 of the 15th, 16th, 17th, and 18th substitutions. The R2 then relays this information to the teams head coach.

Virtually all organizations have rules for exceptional substitutions. 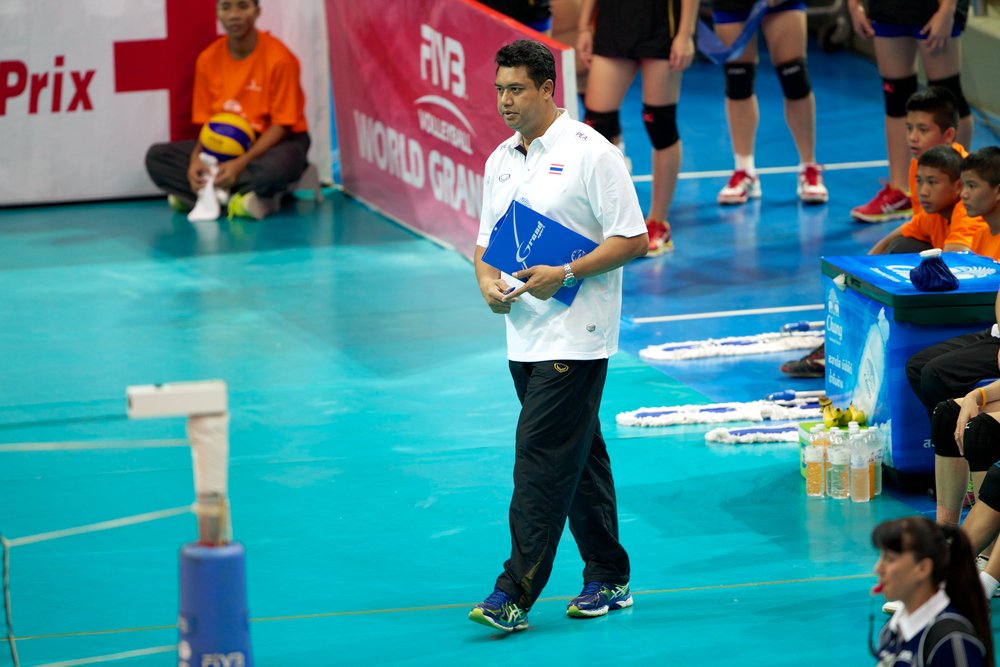 During the match, the coach can only interact with the second referee (R2) not the R1 and not any of the work crew positioned at the scorers table. If the coach has a question or request, the coach should speak to the R2 or have the floor captain speak to the first referee (R1). 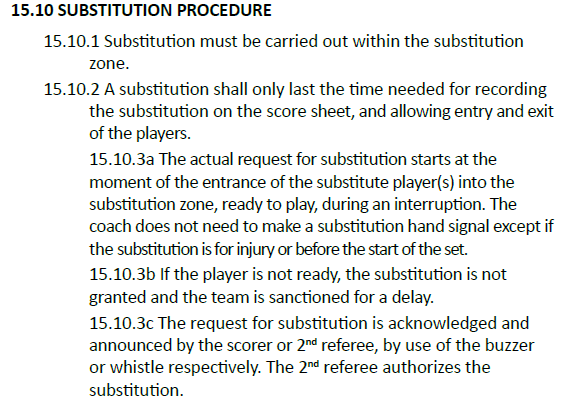 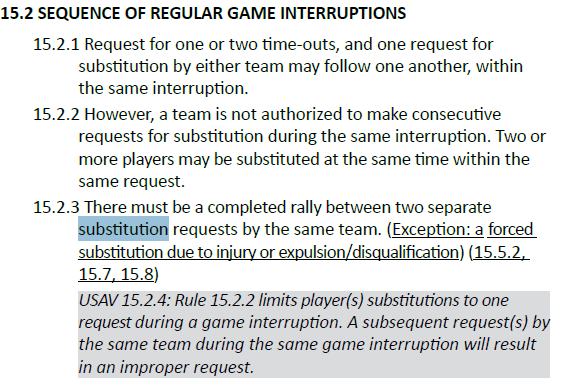 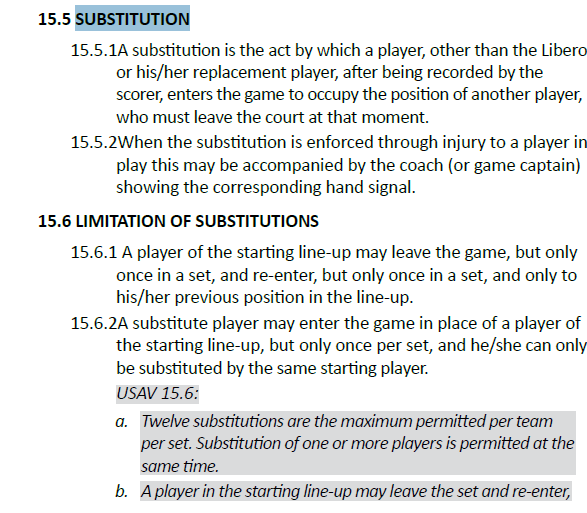 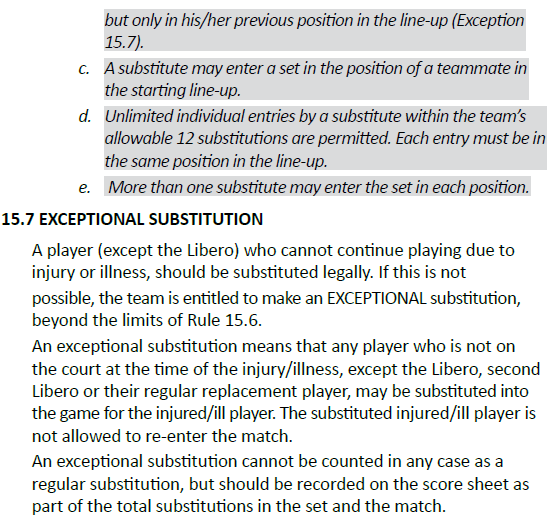 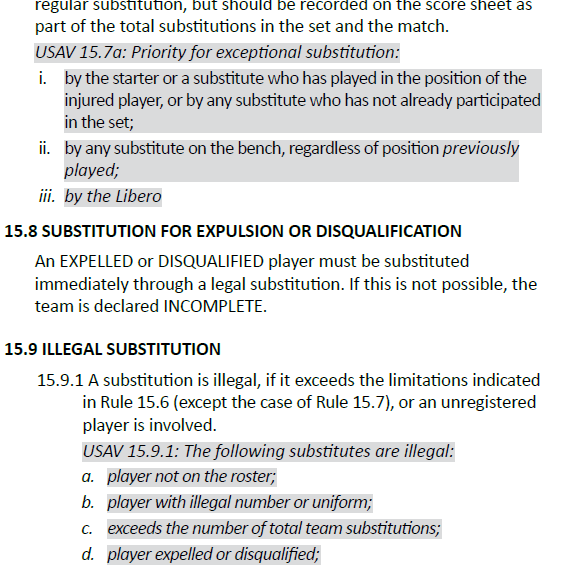 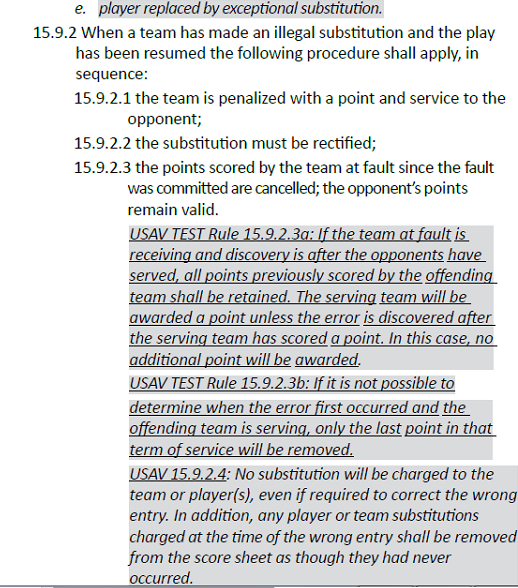 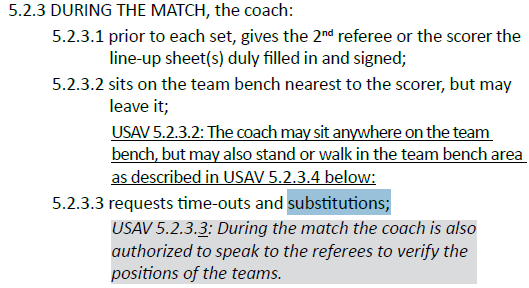 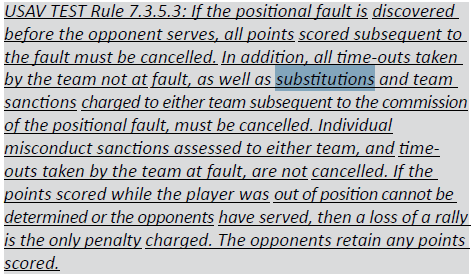 The big difference with high school volleyball is an assistant coach can request substitutions, timeouts etc. In USAV, it's only the head coach or captain that can request a substitution. 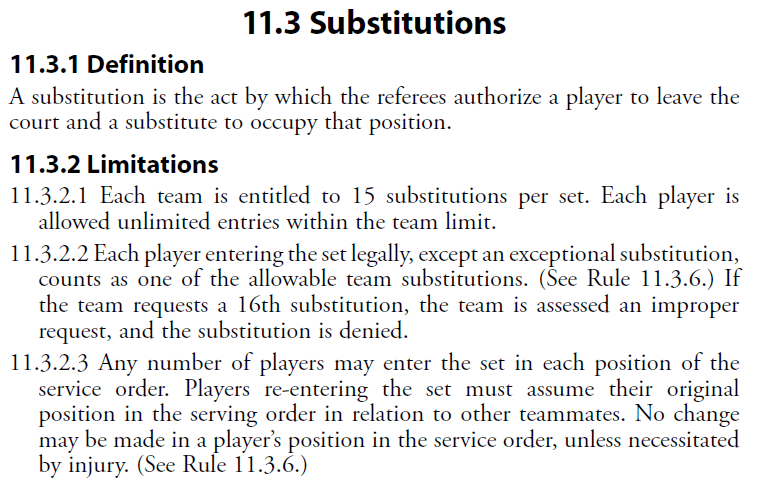 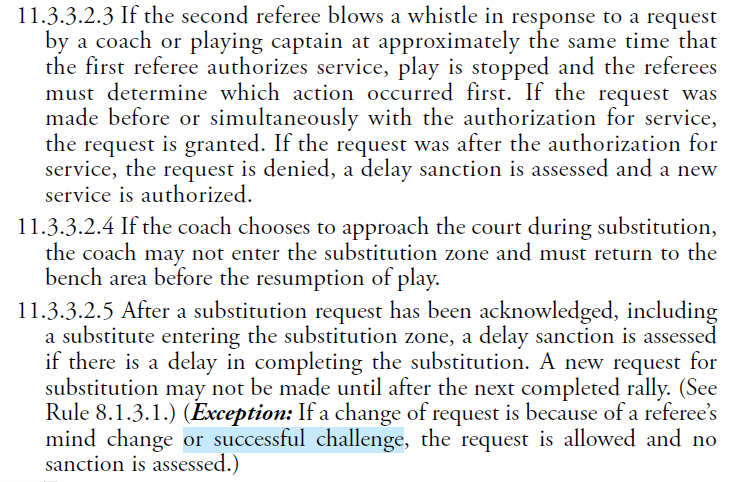 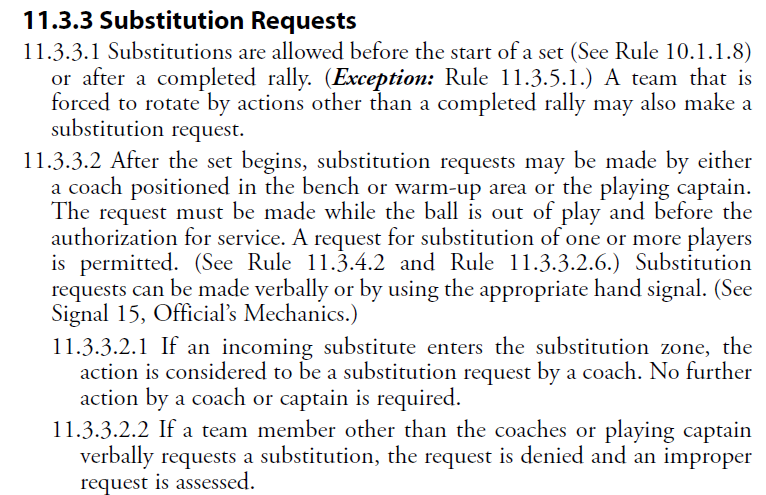 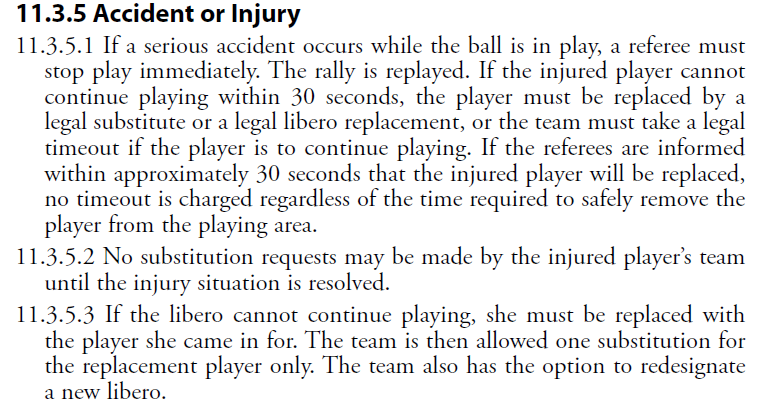 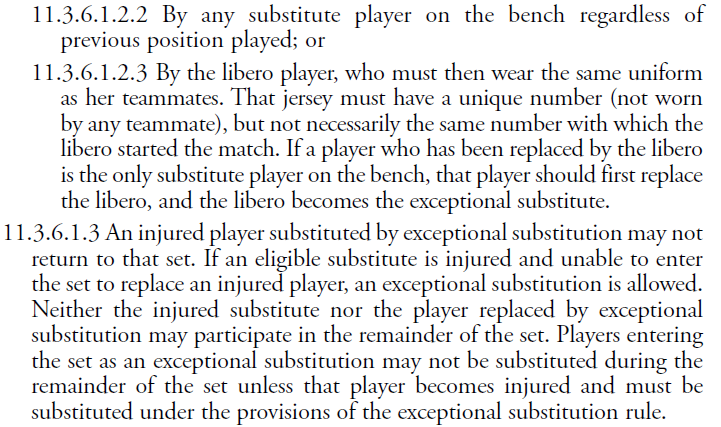 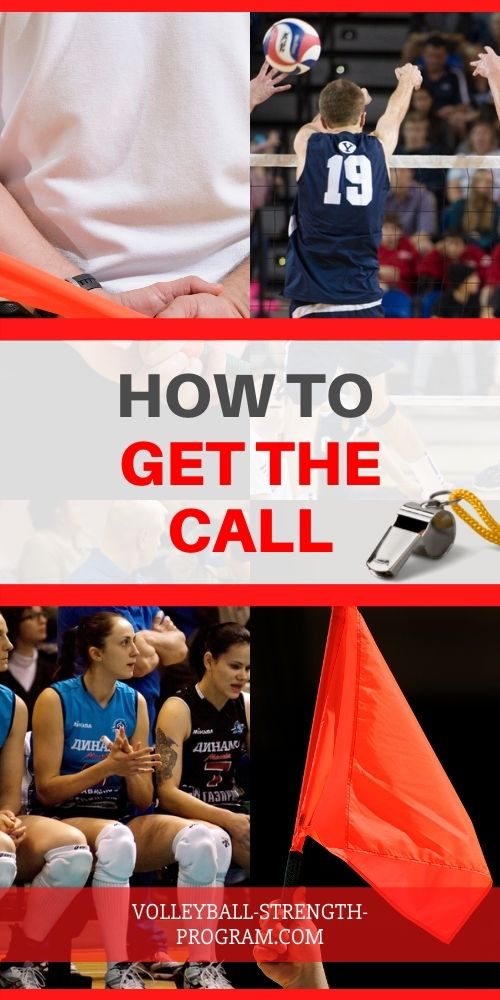