Gain a better understanding by learning the terminologies of volleyball.

Switching in transition. This refers to players switching positions on the court. Players need to switch positions in order to play their specialized positions. Often, when a team is in serve receive, each player won't always be lined up to play their position because of overlapping rules.

Therefore, after a team receives the serve and successfully sends the ball back over the net, players "switch" positions. This is known as switching in transition. 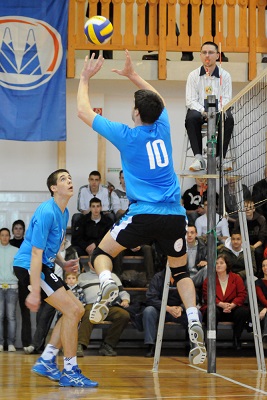 Serve receive formation. This refers to the formation the team lines up in during serve receive. Formations of 5 players, 4 players, 3 players, and sometimes 2 players are common in club volleyball.

Overlapping and player alignment. At the moment of service contact, each player must be in the right rotation and not illegally overlapping.

Joust. When two opposing players contact the ball above the net at the same time and the ball comes to rest, this is known as jousting. Jousting counts as a block and each player is technically a blocker during a joust. Only front row players can block or joust.

This player needs to be confident spiking the ball because this player usually gets set the most balls.

This player usually gets set "out of system" sets when the team's offense is out of system.

Screen. When a team prevents the opponent from seeing the serve, this is known as screening. Screening is illegal and if the officials determine a team has committed a screen, this will result in a loss of rally, point awarded to the opponent.

Off-speed attack. When a player spikes the ball off-speed this is known as an off-speed attack. Also sometimes called a roll shot. Players use the roll shot technique for when it's important to make an accurate hit, just placing the ball into the court. This can also be a way to deceive the opponent and catch the defender back on their heels.

Reading the opponent. "Reading" is referred to when a defensive player has developed the skill to watch and predict what the hitter is going to do. Reading is an important skill in volleyball because the better a player is at reading the opponent, the better the player will be at getting in position to make a play.

Of all the terminologies of volleyball, reading is extremely important to understand. Any time you are anticipating what is happening, you are reading. Anticipating what serve is coming, whether or not a hitter is going to hit hard or tip, being able to recognize there is a hole in the block....these are all examples of "reading" in volleyball. 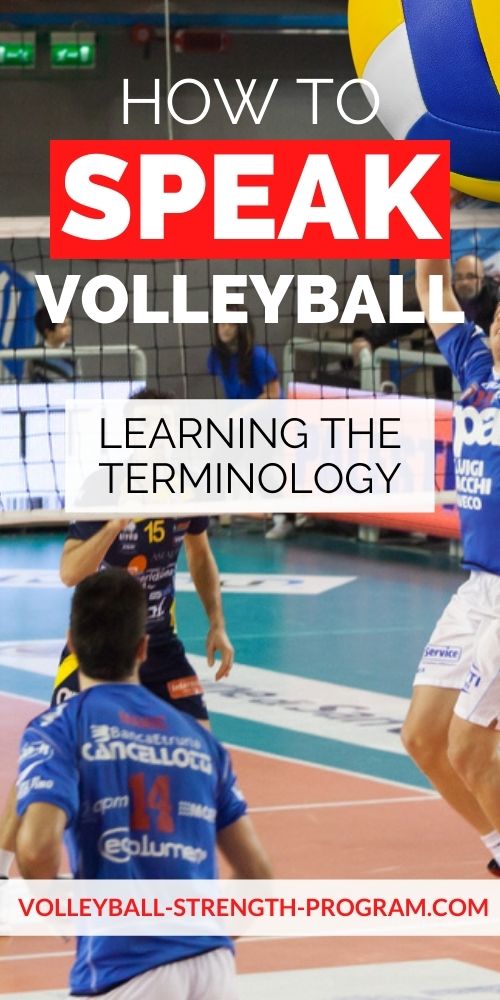 Terminology
Volleyball terminology for understanding volleyball better. All coaches, players, and referees should know the following terms. Be a better coach and teammate

Player Positions
The main positions in volleyball are setter, libero, outside hitter, middle hitter, opposite, and defensive specialist. Each player has slightly different skills.

Terms
Volleyball terms for learning to play volleyball. Discover how to speak the language and use the correct lingo for...