How to Serve A Volleyball 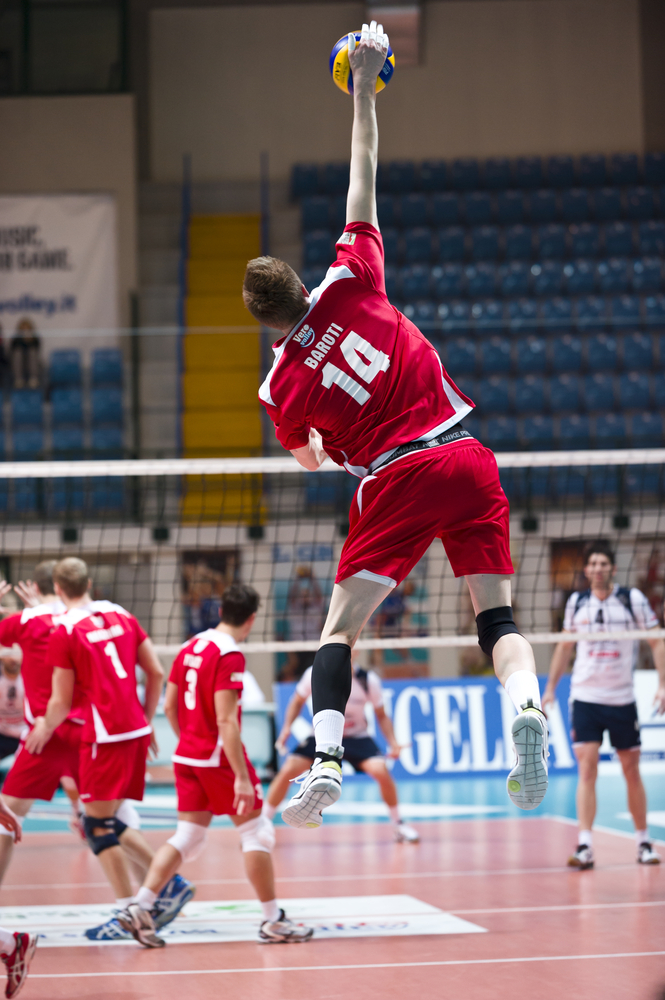 How to serve a volleyball in a way that makes it difficult for the opponent to pass.

The basics of how to serve a volleyball

The ball must be served from a position beyond the end-line and within the space from side line to side line. There may be a restriction on how far back from the end-line you can stand. This will depend on how far back the playable area goes (example in convention centers, must not step completely off the sport court). This is known as the service area.

Starting Stance - How to Serve a Volleyball

Before you begin your serve, establish your starting stance. Stand in a stride position with the foot forward that's on the same side as the tossing hand. For example, if you are right handed, toss with the left hand and stand with the left foot forward. If you are left-handed, toss with the right hand, and stand with the right foot forward. Technically, it's not important to start with one foot further forward than the other, but if you do take a step, it's important to be taking the step with the correct foot.

The Toss - How to Serve a Volleyball

When you toss, it's important to start by holding the ball with both hands in front of you about chin level. Rest the hitting hand on top of the ball with the tossing hand below the ball. Develop a consistent routine and always start your serve in this stance.

Be shifting your weight onto the front foot as you begin to toss the ball. The toss height is critical. You want a low consistent toss. Most players that struggle serving, the reason they struggle is the toss is inconsistent.

Important Tip: Don't get frustrated if you can't seem to get the serve over the net. From practicing your serve, you will get stronger and eventually. To help you get the ball over the net, aim for a spot on the ceiling above the net. This will help you find the "sweet spot" for where you need to contact the ball.

If the ball doesn't spin at all, then there's a great chance the ball will float. A float serve is difficult for the opponent to pass because the ball dances in the air as it comes over the net.

There are other types of serves where you can focus on putting spin on the ball such as the topspin serve. As you improve at serving, you can develop an array of serves that will make it difficult for your opponent to pass in order to run an effective offense.

Serving Philosophy - How to Serve a Volleyball

Every coach should come up with their own philosophy for serving. You need to determine whether you want your players to focus on...

If the focus is on serving tough with the intention to get aces, the you are obviously at risk for more serving errors.

The advantage of serving tough is you put more pressure on the opponent to pass.

If your team's strengths are blocking and defending, then it may be a better strategy to serve less aggressively so your team can focus on stopping the opponent by putting up a solid block and defense. This would require your team to score well in transition.

However, if you do decide to put pressure on your opponent by serving tougher serves, there are many advantages to this philosophy. 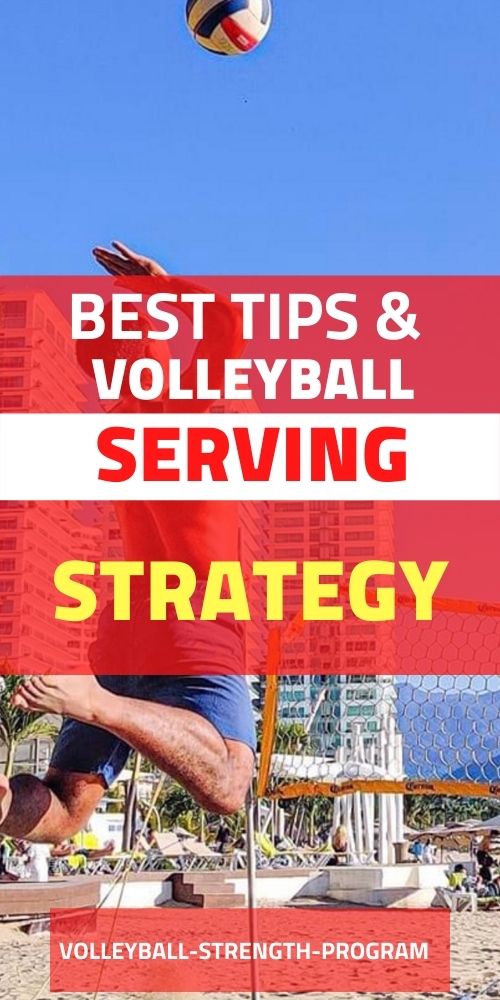 The average number of points scored per rotation can help determine the effectiveness of serving progress and performance.

How to calculate points per rotation...

Count the points scored in a rotation and divide this number by the number of rotations. So, if a team has scored 4 points and rotated 8 times, then the number is 4/8 which is 0.50 points/rotation.

This statistic will obviously also be influenced by a teams ability to block, play defense, and score in transition.

You will see a lower ratio at higher levels play. And a low ratio doesn't just mean you have a weak serve.

If you serve aggressively and 7 aces with just 10 errors, this would usually be considered really high level serving.

The ace-to-error ratio should be about the same as the points-per-rotation ratio.