Beach volleyball is different than indoor volleyball in that on the beach, a team consists of only two players. The sand court is divided the two teams by a net.

Each team can hit the ball 3 times before returning the ball over the net (the block counts as one of the teams contacts).

Rally scoring system is used. This means the team winning a rally scores a point. When the team receiving the serve wins the rally, the team gains a point and the right to serve next. The team also alternates servers with each time the team wins the rally upon receive.

There are a lot of people involved in volleyball... Coaches, players, parent, fans, etc. With all that are involved, it's important for everyone to understand the rules. Knowing the rules helps everyone have more success at playing beach volleyball.

Coaches that understanding the game better can create better team structure and playing tactics which allow players the opportunity to fully display their skills.

For the volleyball officials, understanding the relationship between rules allows referee to make better decisions. 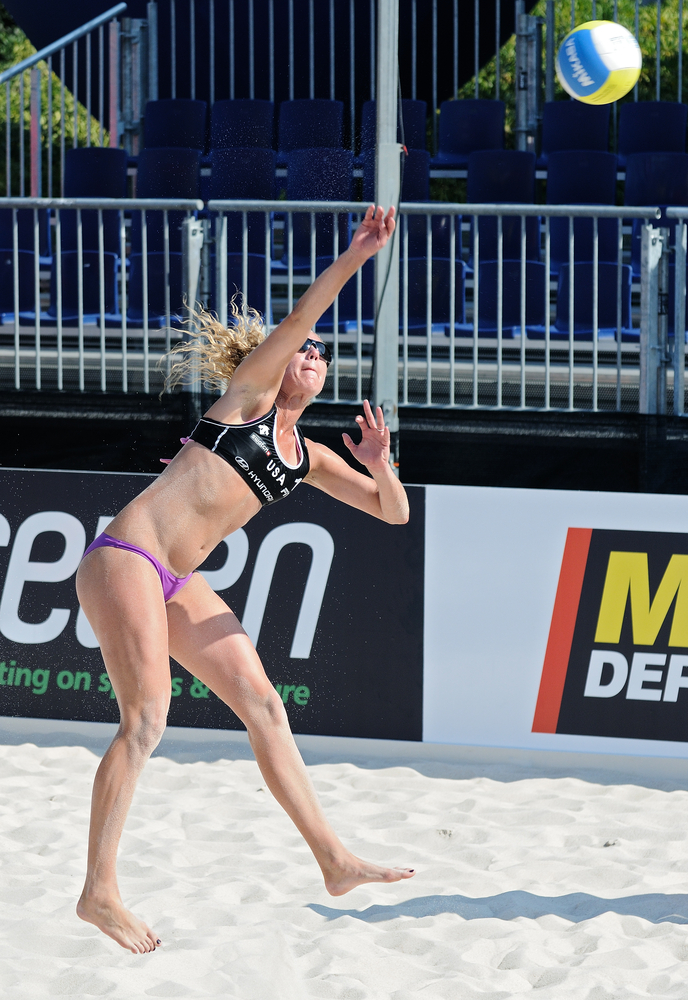 Zones consist of the service zone and the free zone surrounding the playing court.

The service zone is an 8 m wide area behind the end line, which extends to the edge of the free zone.

To Score a Point

A team scores a point by...

1) successfully landing the ball on the opponent’s court;

2) when the opponent team commits a fault;

3) when the opponent team receives a penalty.

A team commits a fault by...

Making a play on the ball in such a way that's contrary to the rules. The referee will judge the faults and determine the consequences according to the rules.

What is a rally?

A rally is the sequence of playing actions from the moment of the service hit by the server until the ball is out of play.

If the serving team wins a rally, it scores a point and continues to serve.

If the receiving team wins a rally, it scores a point and it must serve next.

If you enjoyed these tips and would like to keep it close to you at any time, just save this pin to your Pinterest Volleyball Training Board 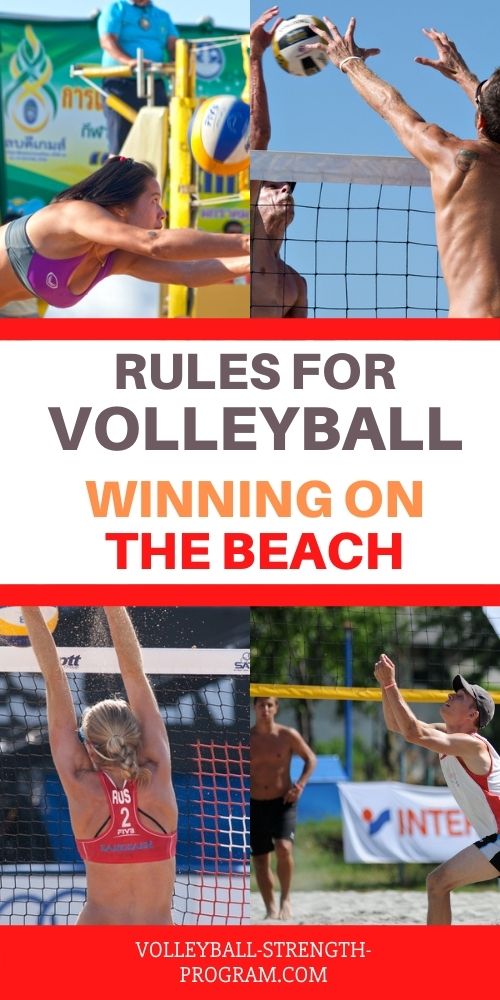 To Win a Set

The first team to score 21 points and has at least a two point lead wins the set.

To Win a Match

There are no positions determined on the court. At the moment of contact, the players need to be positioned within it's own court.

There are no positional order faults.

Service order must be maintained throughout the set (as determined by the team captain immediately following the toss). When the receiving team has gained the right to serve, its players “rotate” one position.

A player may enter the opponents court provided this doesn't interfere with opponents play. This includes the free zone and court space.