Volleyball rules and regulations for sanctioned volleyball organizations such as USAV, NCAA, FIVB, and National Federation.

The work crew for a volleyball match is made up of a first referee (R1), a second referee (R2), a scorer, a libero tracker, and 2 line judges.

The second referee assists the first referee by signaling (not whistling) ball handling violations, 4 team contacts (where the ball isn't returned to opponent after the 3rd contact), and multiple successive contacts by the same player.

For example, it can be difficult to see pancakes. The first referee may decide to have the 2nd referee whistle the ball hitting the floor when the first referee doesn't have a good look. 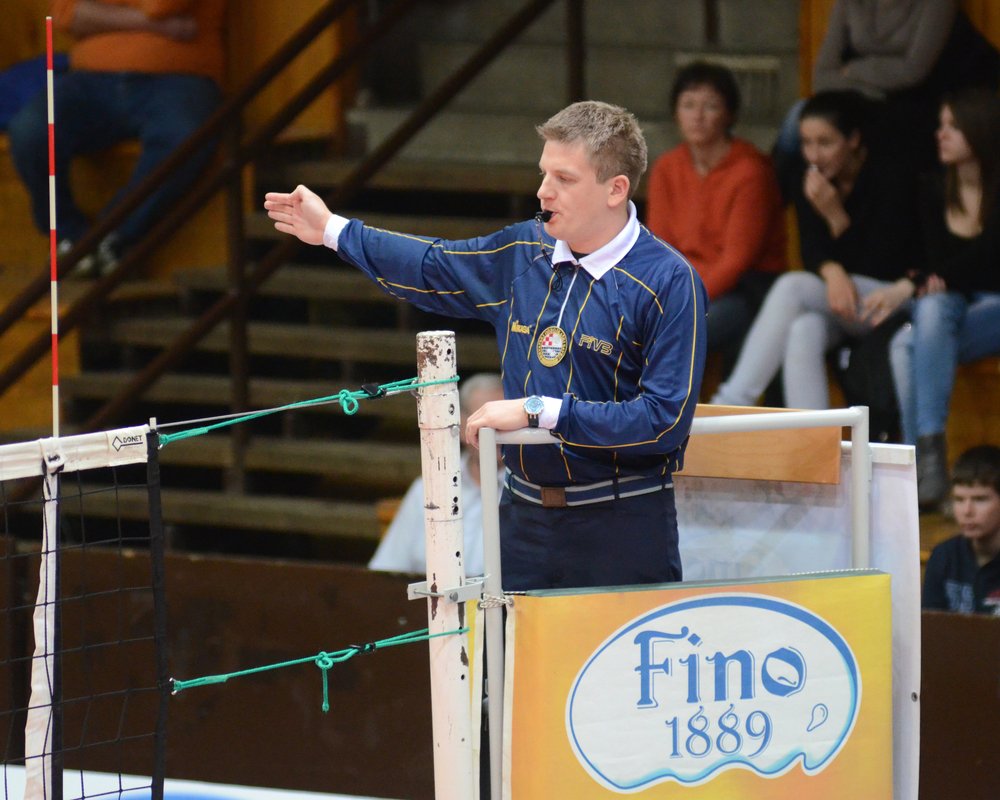 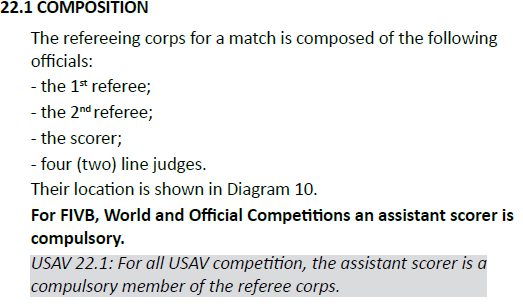 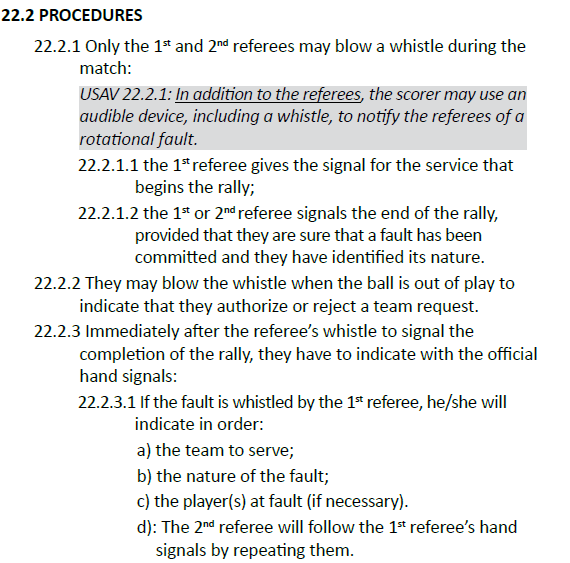 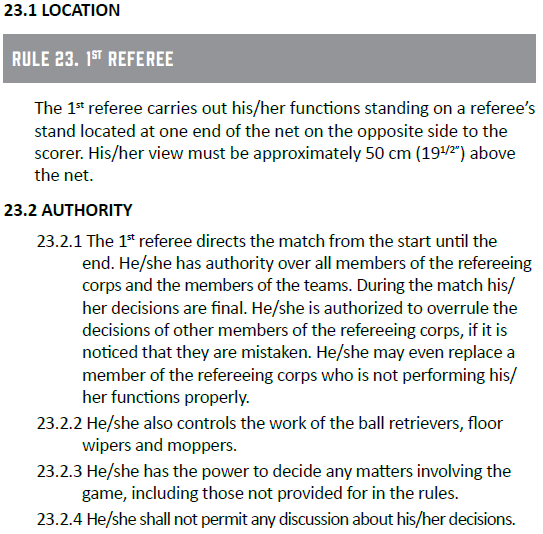 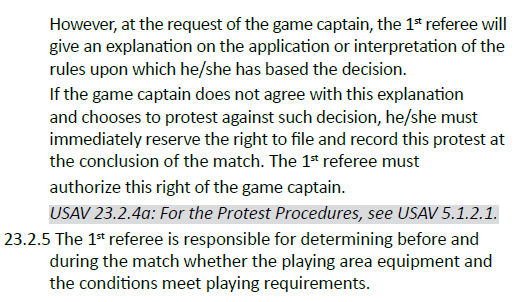 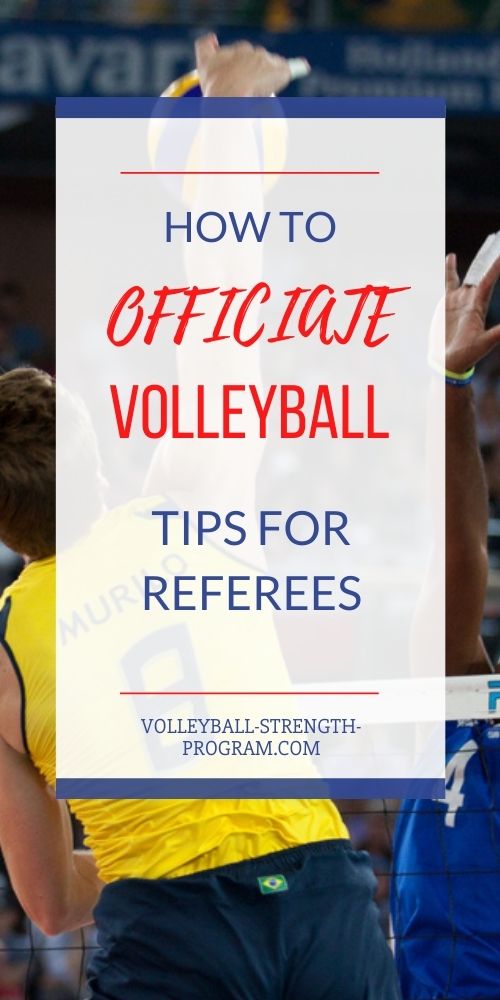