It is a fault for players to make contact with the net while in the action of playing the ball. The ball driven into the net causing a net isn't a violation. And the player doesn't have to actually touch the ball to be at fault. For example, if a player reaches higher than the top of the net in an attempt to block, this would be a net violation if the blocker makes contact with the net. 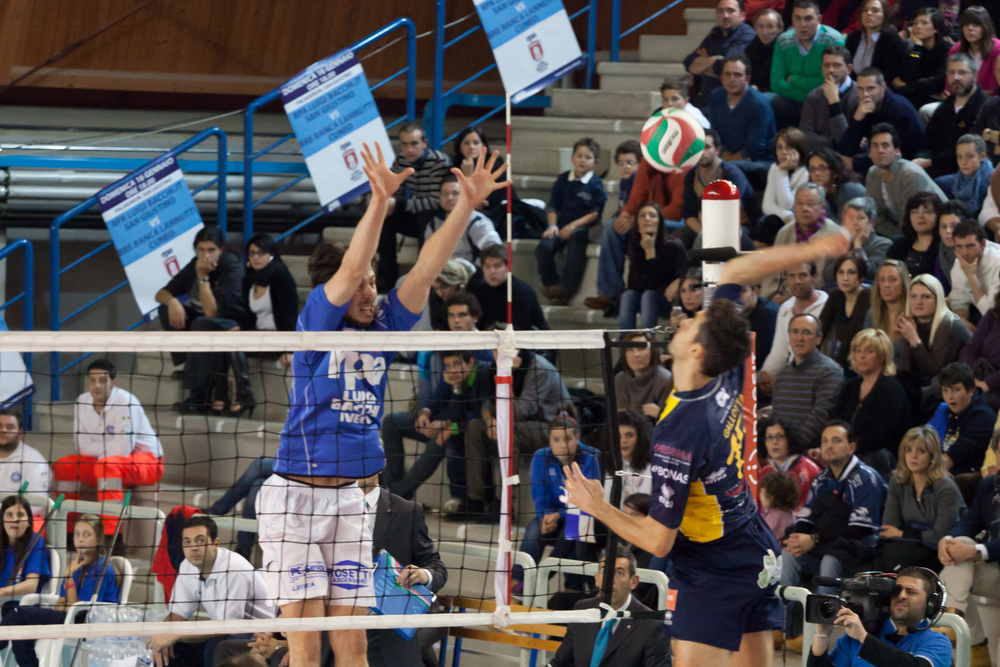 Player's Faults At the Net 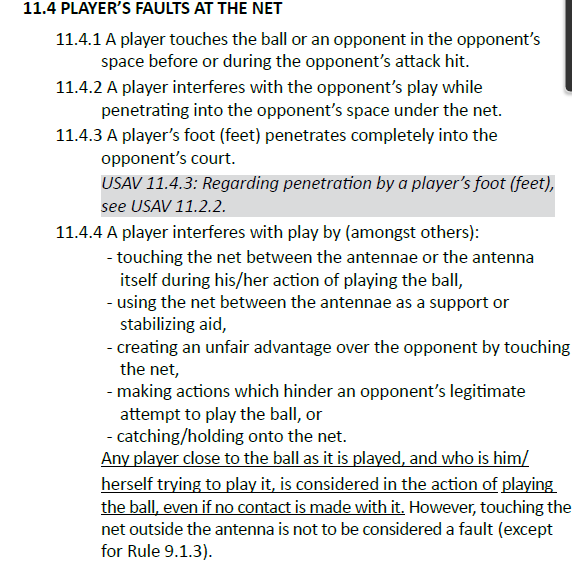 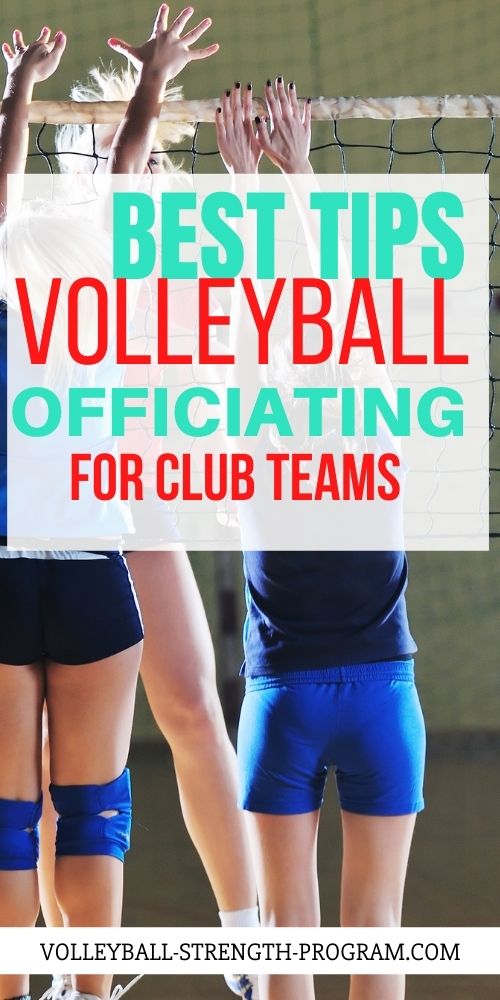 When attacking the ball (sending the ball over the net to the opponent), the ball must be cleanly contacted (ball can't be caught or thrown). The exception would be when blocking. A block isn't an attack. The block is a deflection of the ball coming from the opponent.

Attack hits may be completed at any height as long as the hit happens on your own side of the net.

Back row players aren't allowed to attack from in the front zone (and while the ball is entirely above the top of the net). 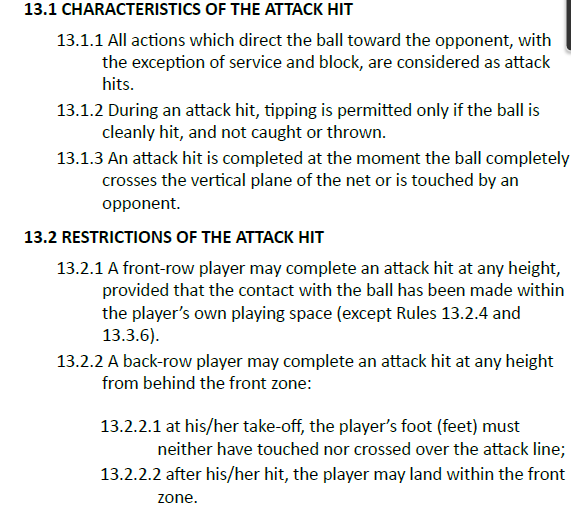 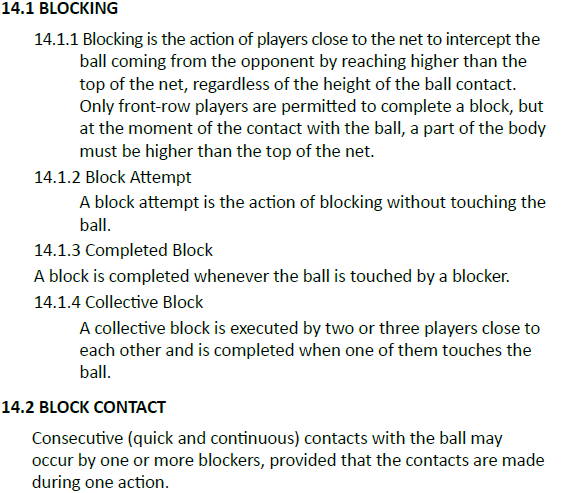 The defensive specialist that is only allowed to play on the back row is called the libero. The libero where's a different jersey from the rest of the players on the net. The libero has special rules.

However, if the libero is positioned beyond the 3-meter line, the libero can hand set a ball to any attacker that then completes an attack hit with the ball above the net. 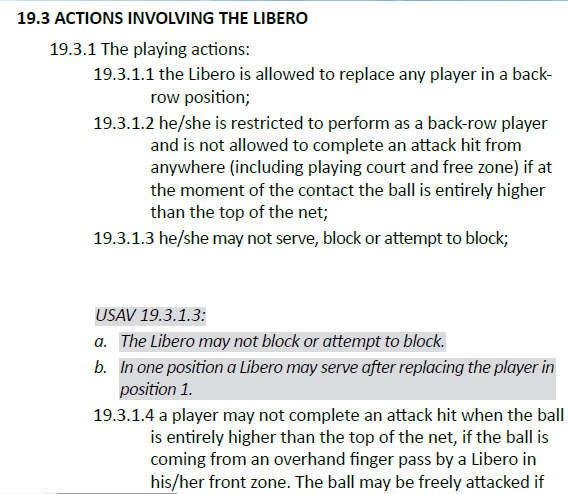