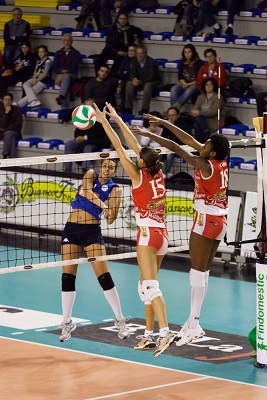 Combinations for a faster offense...

So how do you know what combinations of volleyball plays to run?

The first thing you need to do is decide what kind of attackers you have on your team.

Define the team identity. If your team is mostly small and fast, then a faster offense may be better.

On the other hand, if your team is taller and you have a couple outside hitters that can really bang the ball, then a slower, high ball offense is likely better.

Note: Strategy for beach volleyball is a little different than indoor.