There isn't an exact correlation between the size of a muscle and its power. For example, bodybuilders have huge muscles, but their muscles aren't necessarily trained to generate a lot of power.

Take your left hand and place it on a flat table. Raise the middle finger and push it down into the table as hard as you can.

Now, relax that hand. With your right hand, reach over and pull that same finger back, and let it snap down. Go ahead and do it!

How much effort did it take to do that? It didn't take much effort at all, but it generated so much more force than the first method.

If you kept raising that middle finger on your own, you'd eventually get tired. But if you can store and release that energy (raising your finger with the other hand), you can do it all day long producing many times the power with a fraction of the effort. 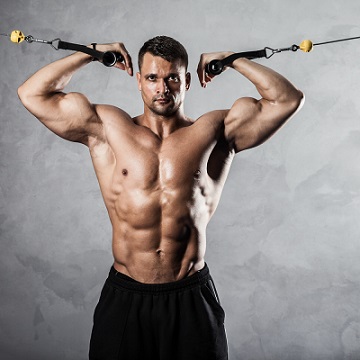 Everything we do in life has some sort of elastic component to it. Whether you are walking, going down stairs, or playing sports, you are using elastic energy to some degree.

The more efficiently we can store and release energy, the less effort we have to give.

The golf swing is a great example of an athlete using stored energy.

In volleyball, you are storing energy as you take quick steps when you approach to hit. As you bend your knees and hips to jump, you are storing elastic energy. Jumping higher is the result of effectively storing and releasing energy.

Rather than doing traditional volleyball weight training that emphasizes only slow, controlled ranges of motion, you should train your body to store and release energy and develop the mechanism that makes the most efficient use of movement.

When performing my volleyball strength program, you are doing a series of jumps and quick feet movements known as plyometrics. You're jumping up and down, side to side, activating your central nervous system, stimulating the fast-twitch muscle fibers so that you can generate force quickly and as efficiently as you need.

You're also training your body to reduce force more efficiently, which is just as important as generating it. The most common knee injuries that occur in volleyball happen because the athlete just can't decelerate quickly enough. Elasticity helps you slam on the breaks.

My Volleyball Practice Workout has quick feet drills that are low-force and high-speed, improving your ground reaction forces and quickness.

The In Place Jumps and Cone Drills in my program are short-response activities that help you hit the ground and immediately spring back up, improving your body's ability to be springy and elastic.

My program also has long-response exercises (ie frog leaps) that use longer ranges of motion, and your feet will stay on the ground longer, forcing you to produce higher levels of power with each repetition. 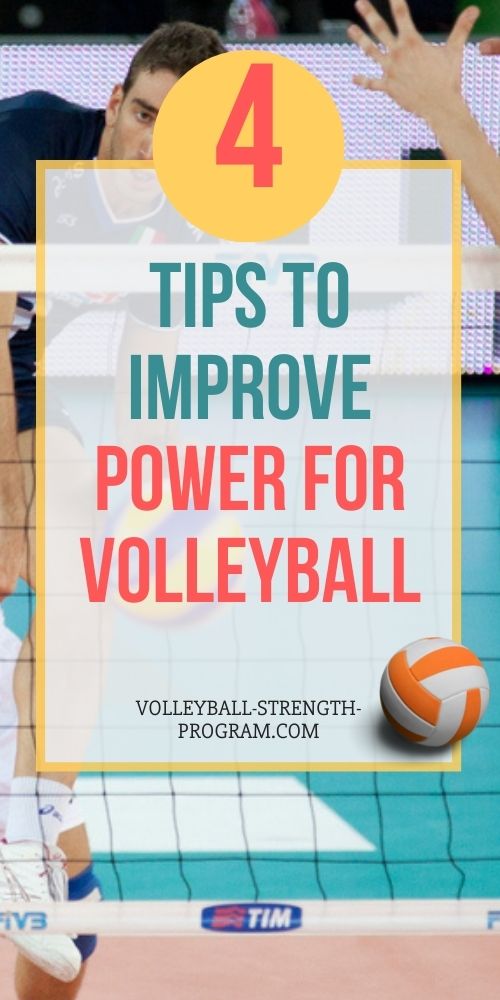